Most people don’t know that Android systems are an offshoot of Linux. See? All us techie types have been saying for years Linux would be useful for the masses.

Have a cracked screen? Do you need your battery changed? Our Android techs can do the job quickly. This is important, because we don’t do this work on site. We’ll pick it up and return it for no extra cost though, and that’s almost as good. 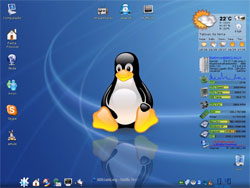 We know that most Linux folks are nerds and can usually fix their own stuff. But now that Linux has gone mainstream with the introduction of Android (by Google by the way).

So now we run into a lot of people who run various Linux desktop operating systems because of the connectivity and synchronization features available to them. But, they aren’t really Linux people. (“Not that there’s anything wrong with that!”)

If this is the situation you find yourself in… give us a shout! We’re listening on the usual, super-techie, channels that only you Linux people use (wink, wink).

Check Out Our Affordable Rates Here!