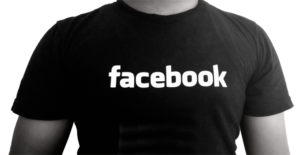 I’m sure everyone has been following the news regarding Facebook. It would be hard to miss it, frankly. I thought I’d take a moment to explain the issue in general and also to tell you about aspects of the problem that are not being discussed in the media.

So, let’s start at the beginning. A few years ago a Cambridge University psychologist, Professor Alexandr Kogan, was studying whether he could predict people’s behavior based on the results of a social media quiz. He devised a personality test and, initially at least, he paid people in the U.S. to take the quiz. It isn’t clear whether all respondents were offered pay, however, so we can’t assume none of us took this questionnaire.

All of us have seen these quizzes that lure us in with the promise of finding out which Beatle we are, or what U.S. president are you most like, and so on. How many of us play games on Facebook? Do you find Candy Crush irresistible? It’s unfortunate, but all these fun little time-wasters are not there for our own entertainment. They are there because, in return for creating the quiz or game, the game developers get some or all of your Facebook data.

This data includes not only the personal information you provided when you signed up and the names of your friends, as is being widely reported. The information they most wanted is far more personal than that. Timothy Summers, Director of Innovation, Entrepreneurship, and Engagement at the University of Maryland had this to say: “Like other quizzes, his was able to capture all of your public information, including name, profile picture, age, gender and birthday; everything you’ve ever posted on your timeline; your entire friends list; all of your photos and the photos you’re tagged in; education history; hometown and current city; everything you’ve ever liked; and information about the device you’re using including your web browser and preferred language.” This, along with the personality profile itself, allowed the doctor to create a psychological profile of us. 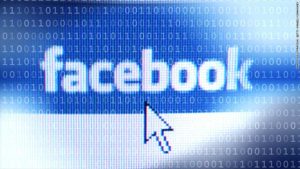 Certainly, that’s evil enough by itself. But apparently, this questionnaire requested all information about your friends as well. This means all their Likes, Shares, etc. got dumped into his database along with yours or mine. This is how they got to 50 million plus Facebook profiles.

A shady political consulting firm (Cambridge Analytica) in London got wind of the database Dr. Kogan had and they convinced him to hand it over. They told him it wouldn’t violate his Terms of Service with Facebook. Now, why this educated man would take their word for it rather than checking with the entity he had the ToS with is beyond my capabilities as an observer. But it is interesting to note the good doctor has deep Russian ties.

Other psychologists working with Cambridge Analytica were able to reverse engineer the data of those 50 million users into a virtual personality test. Michael Wade, Professor of Innovation and Strategy at IMD Business School had this to say: “Whether you choose to like pictures of sunsets, puppies or people apparently says a lot about your personality. So much, in fact, that on the basis of 300 likes, (CA’s) model is able to predict someone’s personality profile with the same accuracy as a spouse.”

So, where does this leave us? I have every reason to believe all of these time-wasters are data-mining. There is zero chance this particular quiz was unethical and all the rest of the games and questionnaires are legit Unfortunately, there’s nothing we can do about our past behavior. All we can do is move forward.

Let’s all stop filling out the silly “What flower is your dog most like?” surveys and stop playing games on Facebook. Games played on game web sites are safer because they get their revenue by selling membership or by showing you ads while you play. Unless you are logging in to that website with your Facebook account they don’t have access to all this personal data. (I’ll be sending out an Alert with more detailed directions on all of this)

I suppose we could all stop using Facebook as well. But you may notice I’ve posted this

piece there. Feel free to take that as an indication of my feelings toward that idea.

Facebook has to be regulated much more closely, however. And that will likely prove to be the only long-term solution.

One more piece of news from earlier today. Facebook’s market tumble resulting from this mess has already wiped away more than $50 BILLION in stockholder’s portfolios. How low can it go?